Oh peanut butter, how I love thee.  And these Peanut Butter Cocoa Bombs did not disappoint.  A sphere of chocolate with peanut butter makes for a cup of rich and delicious goodness.  I’ve undoubtedly enjoyed far too many this season. 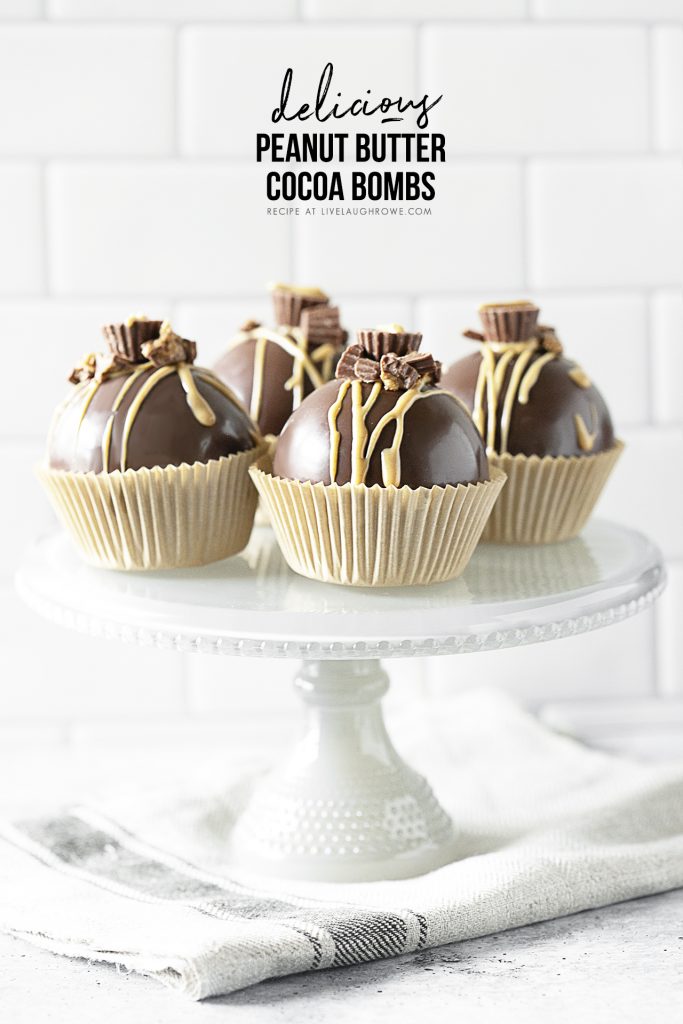 I feel like I jumped on the hot cocoa bomb express very late.  I didn’t start seeing them on my social media until December, but I’m pretty sure they’ve been around much longer.

Nevertheless, they made an appearance in a 2020 Hallmark movie called Winter in Vail starring Lacey Chabert and Tyler Hynes.  Yep, Melting Choco Spheres were featured and were dusted with gold powder.

While watching the movie this year, I wondered if that inspired the hot cocoa bomb trend.  Interesting right? 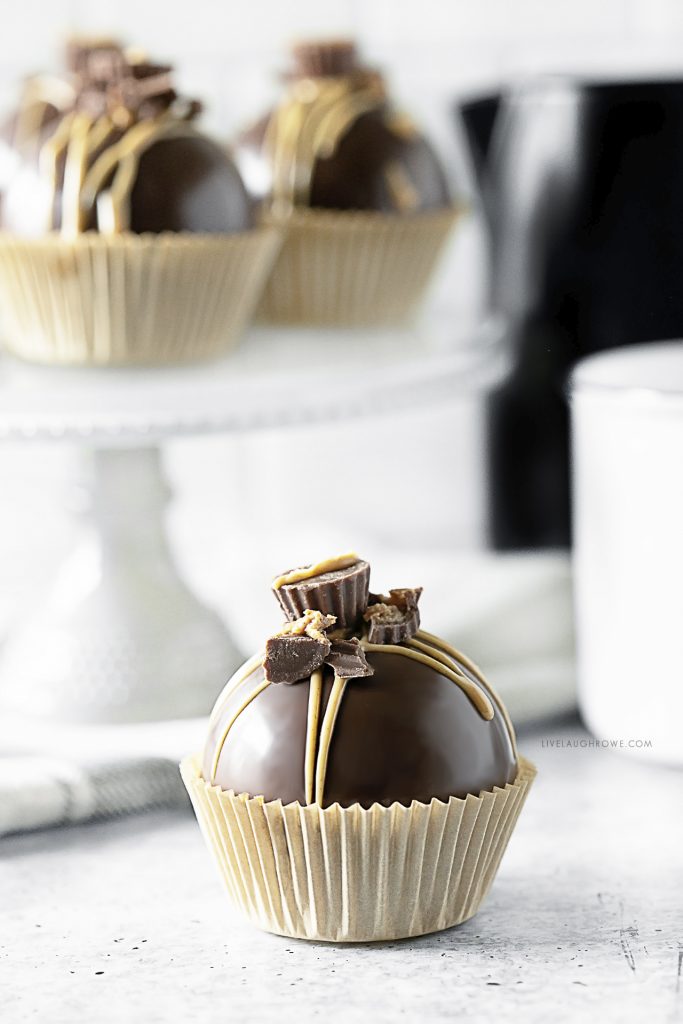 WHERE CAN I FIND A MOLD FOR HOT COCOA BOMBS?

You can find molds for hot cocoa bombs on Amazon.  Note that sizes will vary due to your preference.  The diameter of the holes in my mold is 2.75.”  It’s been said that you can use bath bomb molds to make these as well.  In particular, I prefer the simplicity of the silicone.

one: Melt the chocolate melting wafers according to the directions on the package.

two:  Place the silicone mold on a cookie sheet (optional).  I used a small cookie sheet, keeping the molds stable when placing them in the refrigerator.

three: Add melted chocolate to each of the cavities in the silicone mold using a large spoon.  After that you’re going to spread the chocolate around the mold, making sure the entire cavity is evenly coated with the chocolate. Feel free to do a couple of thin layers, refrigerating between the layers as well.

four:  Refrigerate or freeze the molds for 5-10 minutes.

*If a visual is helpful, there’s a video in the Valentine Hot Cocoa Bombs post. 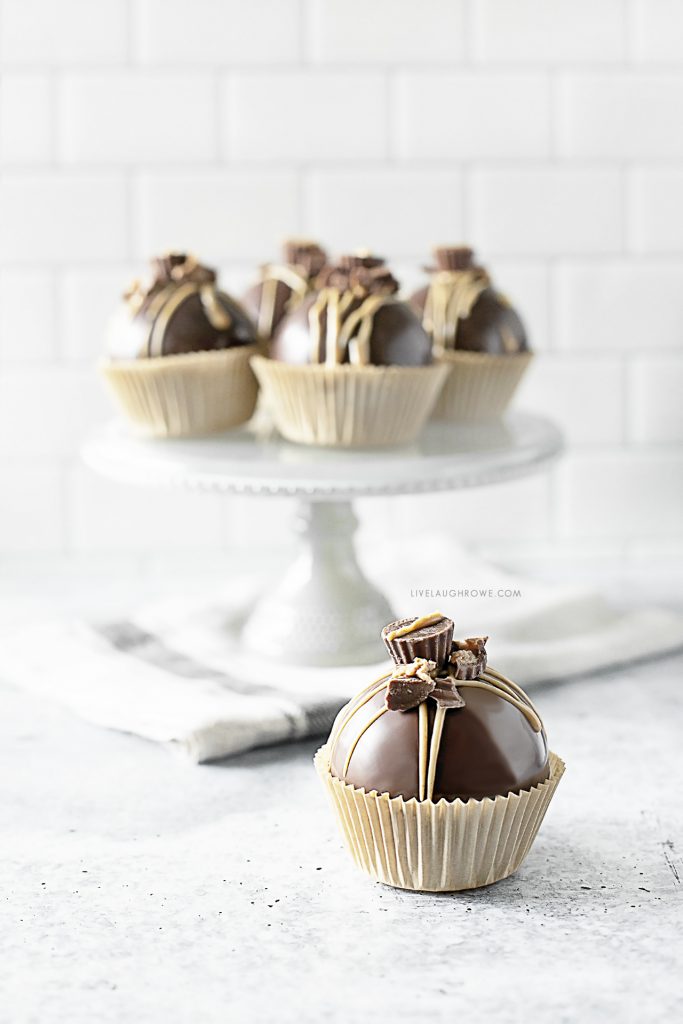 two:  Warm a plate or flat bottom bowl, heating for approximately 2 minutes in the microwave.

three:  Take one of the empty chocolate halves and place it seam-side down on the warm plate.  After that, gently twist each of the chocolate halves, melting and cleaning up the rims.

four:  Remove and place on top of the halves containing the hot chocolate and marshmallows. This will, however, seal the two halves, making the sphere complete.

Place the cocoa bomb in an oversized mug. 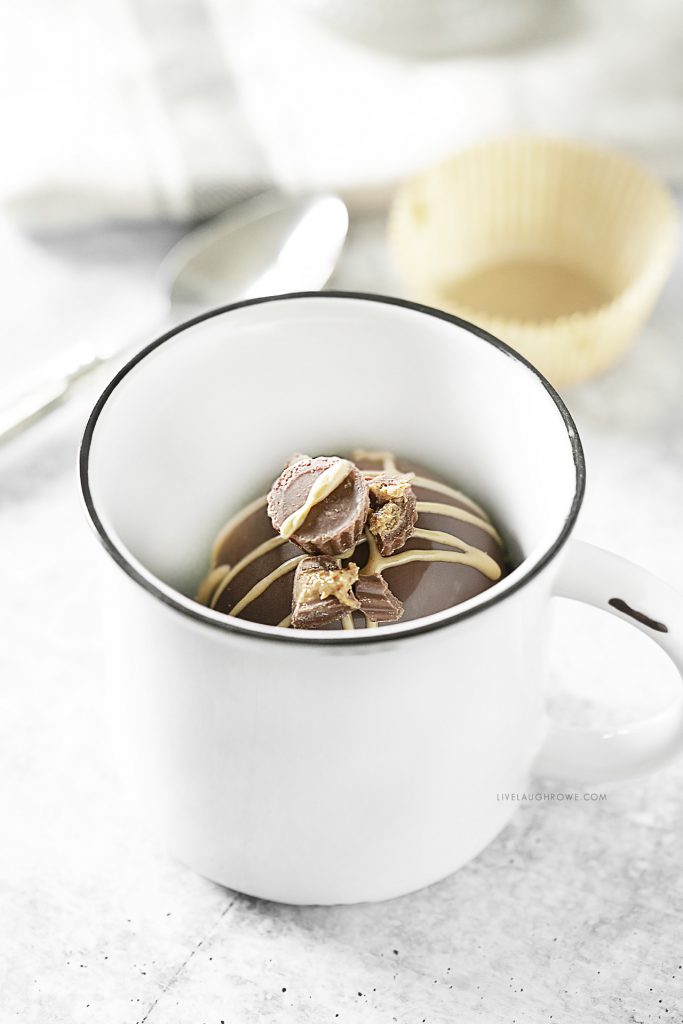 Heat up 1 cup of milk (or water) and slowly pour over the chocolate ball. 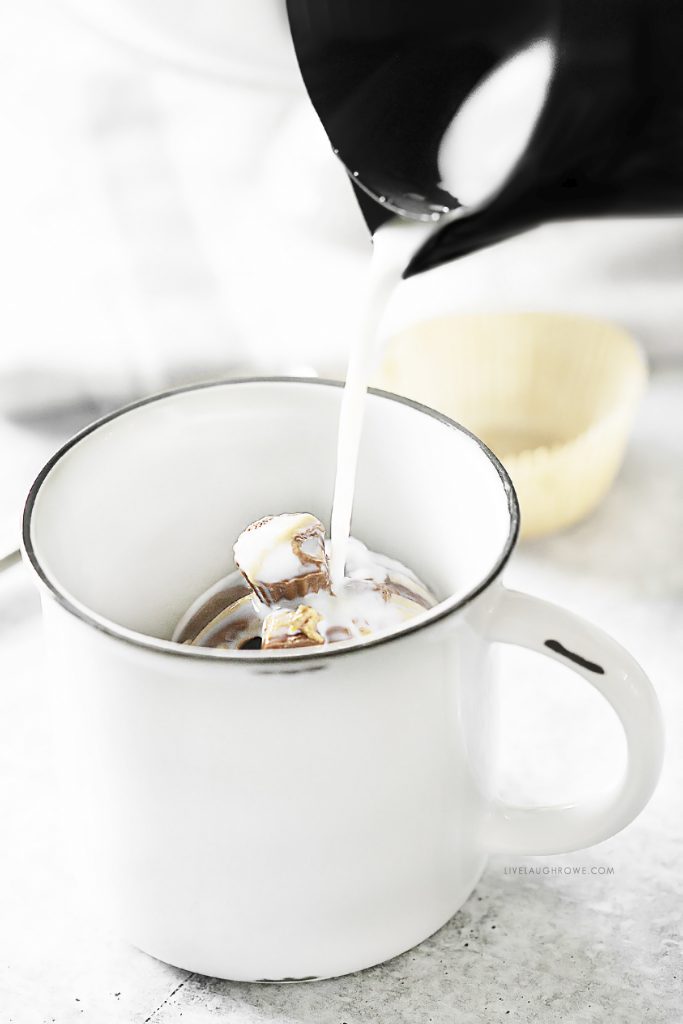 During the pouring, be sure to watch for the excitement of the hot chocolate and marshmallows making their debut. 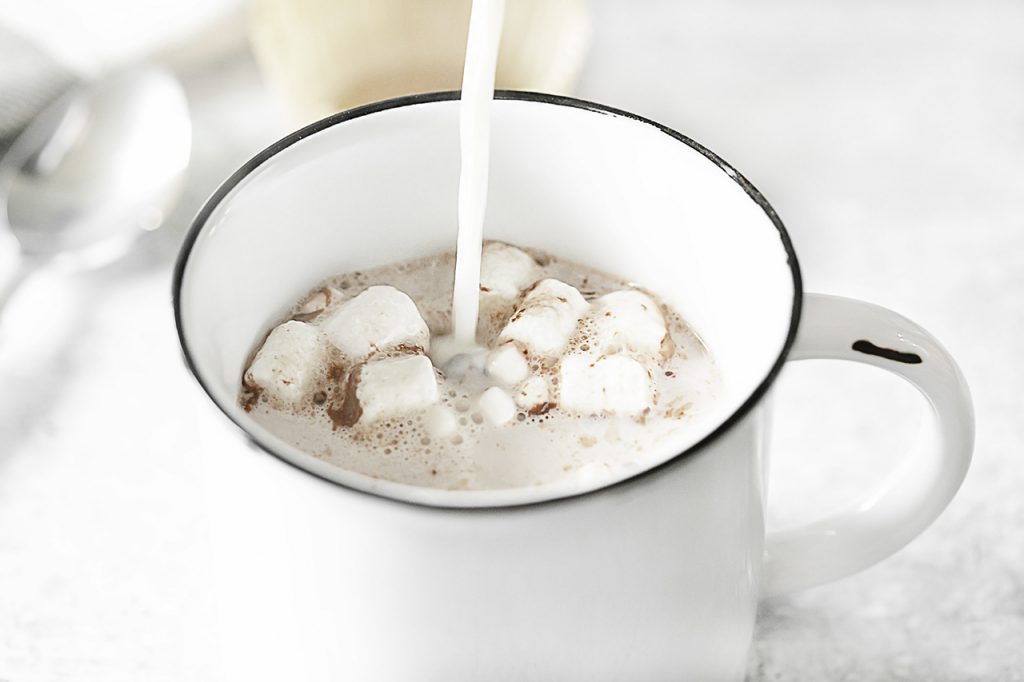 And finally, enjoy.  Be sure to pin for later — and share with a friend. 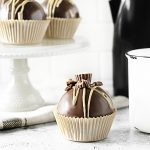 Wearing food-safe gloves is recommended to prevent fingerprints on the hot coca bombs. Storage:  Store at room temperature, in the refrigerator, or in the freezer.  It’s recommended that they’re consumed within 2 weeks.
Loved this recipe?Mention @livelaughrowe or tag #livelaughrowe! 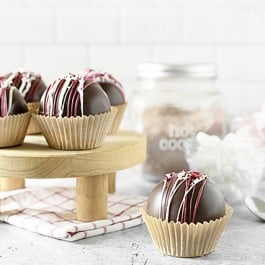 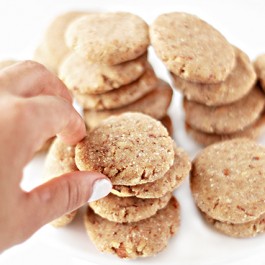 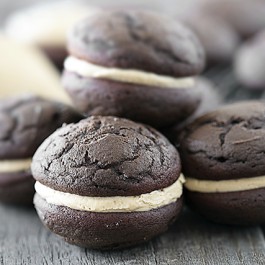 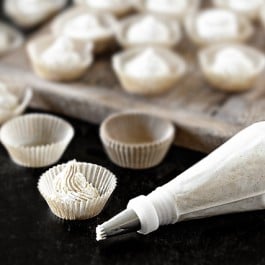 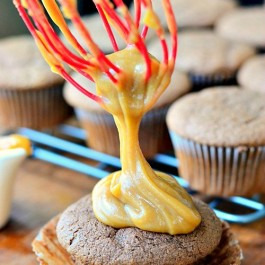 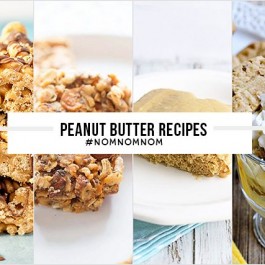