Yep!  Another plank wall project….
well, a first for us, but a gazillion around the web! 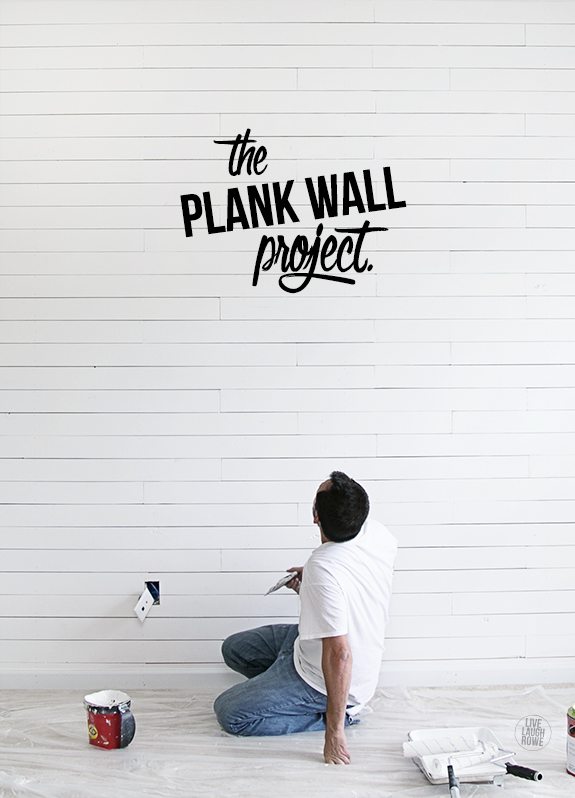 If you follow me on Periscope (livelaughrowe), you might know that we’ve been working on a brand new project!  For the longest time I’ve wanted to make some ch-ch-ch-changes to our front room (according to our builder, the formal name for this room is the Living Room — and what we call our Living Room is technically the Great Room. Confused?  Me too! Ha.)  Anywho, this room has really had no purpose other than a desk, bookshelf and printer (and piles of books, a dog bed, etc). 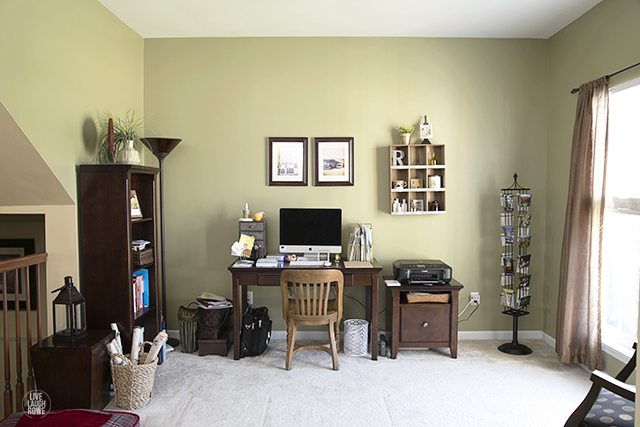 The lighting is pretty rad in this front room though, so we’ve been talking about me using it as the photo studio. However, it’s the first room you see upon entering our home too.  Decisions.  Decisions.

Anywho, I have a styling project/challenge that I’m working on with a brand and thought now was the perfect time to make some changes and it’s all started with a PLANK WALL.

Now, I’m going to be perfectly honest with you and say that I thought this room update would be easy breezy.  Seriously, I mean how hard could it be?

I even said, “We’ll knock this room out in one weekend.”

Ummm, not so much.   Half way through the plank wall,
the husbands says, “Kelly, don’t ever ask me to do this again.”

Womp womp womp.  However, I did laugh because
I was able to admit that I was a little delusional.
(I’m also never afraid to laugh at myself.  I’m a big dork).

Overall, the plank wall itself took about 12 hours….  it’s not so much a difficult job, it’s just extremely time consuming to cut and nail the boards to the wall.  There’s a lot of measuring, cutting, nailing — and then some more measuring, cutting and nailing.  For our wall, that was approximately 30 rows.

We were going to use tongue and groove boards, but decided that was not the look we were going for, so after a couple of hours in Home Depot, we were finally ready to roll with 1×4’s.  Our wall is 12 foot wide, and 9 foot high.  It costed approximately $100 in lumber.

We decided not to wing the cuts, so we planned ours out to ensure there wouldn’t be any obvious seams. I’d say we ‘nailed’ that part.  Boom!

Here’s the work in progress (as gif):

Thankfully, the bottom trim came off easily, we recut and attached.  For the outlets, we bought Switch and Receptacle Spacers so that we didn’t have to move them.

Since I gave it a good sanding, we hung the  plastic tarp in an attempt to conceal the dust.  If you’re a Dexter fan, you can imagine a few jokes were cracked.   Last step? We caulked the four edges before painting! 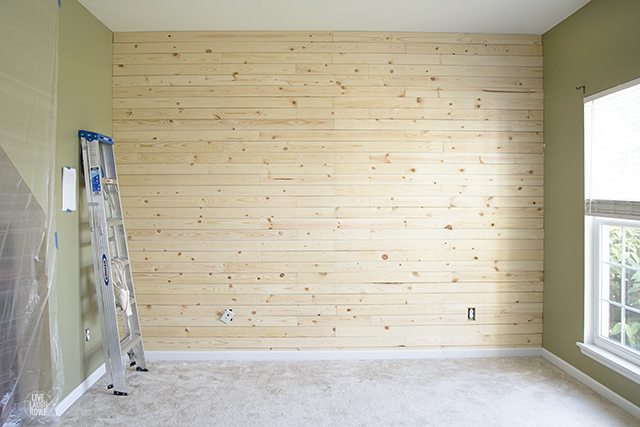 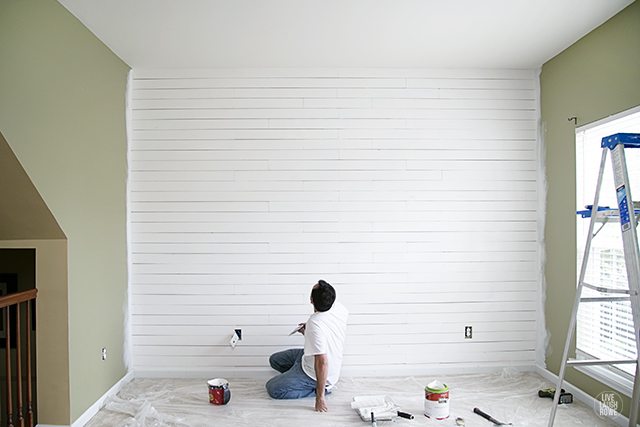 The remainder of the walls will be getting a light gray.  Fingers and toes are crossed that it’s going to all look fabuloso.  Consider this this to a teaser, since it will be awhile before I post anything on this room (wink).  However, you can see some behind the scenes and progress of the room by following along over on Instagram or Periscope, both under the username livelaughrowe.

Deal?  Deal!  I’m super excited to keep the momentum going on this room and will be sharing a final reveal in a month or two.  HUGS! 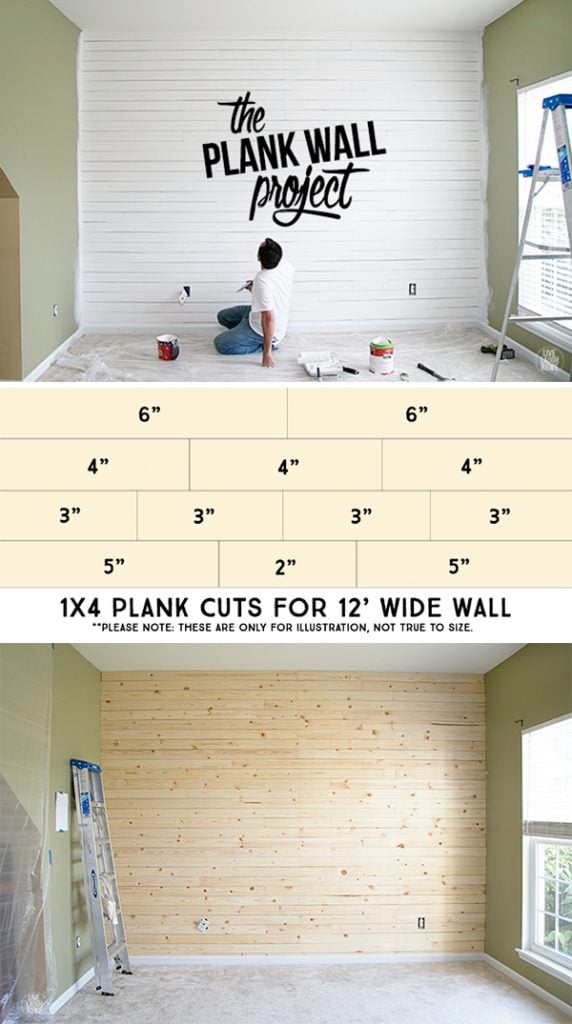 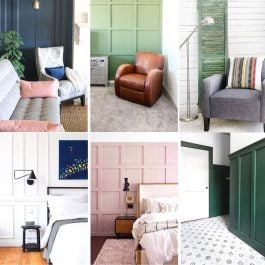 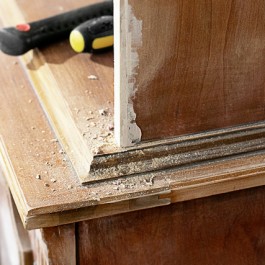 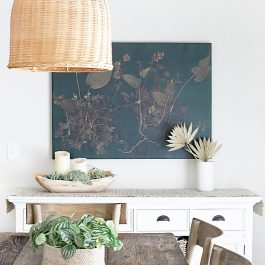 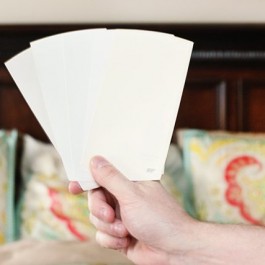