This is absolutely, positively MOVING!  I had to share with all of you as I feel that I received this at an appropriate crossroads in my life.  May you be inspired to….

Ever feel like you’re having a bad day? The kind where EVERYTHING seems to be going wrong; the kind where NOTHING goes right. I’m talking about the kind that would make you consider doing something as crazy as cussing into a PA system on a plane, grabbing a couple of beers, opening the emergency exit on a plane, and sliding away from the problems you face? (ok, so maybe no one is that crazy, but you get the idea…we’re talking that kind of day!) So what do you do when days like that hit?
I know a man who has a wonderful philosophy regarding what defines a bad day – and what to do with them when they occur. Buzz Farias believes individuals exaggerate the challenges they face daily and in doing so make insignificant problems into insurmountable ones. No, he isn’t perfect. By his own account, he’s had some bad days too. Four, to be exact.

These heart wrenching and tragic events, individually, could push someone over the edge of sadness and despair. Endured collectively and in rapid succession, though, they might be more than the most faithful and courageous could handle.

Buzz has a philosophy that helps, though. He quotes Churchill, “If you are going through hell, keep going.” It’s advice he follows; it’s advice he lives. Buzz said, “You always have a choice – you can give up, curl up and disappear in a well of self-pity, or you can pick yourself up and go on. Hard work, positive attitude and determination help you thrive. They carry you through the day.”

I spoke at Buzz’s ReMax real estate firm this month in Gulf Shores, Alabama. In addition to dealing with the same economy that is forcing many agents around the country to find new work, this region is also dealing with tar balls and oil washing up on their shores and drowning their market. Instead of being soaked in negativity, the entire organization has taken Buzz’s advice to heart.

Buzz wasn’t at the meeting, though. You see, the cancer that nearly took his leg years earlier, attacked again. Living his mantra he battled, he kept going and he refused to host pity parties. After a courageous battle, the cancer took his life, but never his strength; never his attitude; never his spirit. Buzz refused surrendering them to cancer.

Put away the beer, roll up the inflatable slide, shut the emergency exit and put down the PA. Instead have the courage, determination and faith to know that the best is yet to come. It will make all the difference. 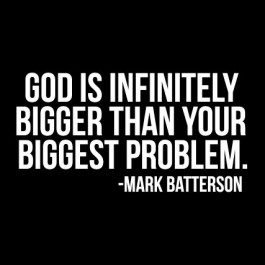 How to Have Unshakable Faith

A Hero of Faith 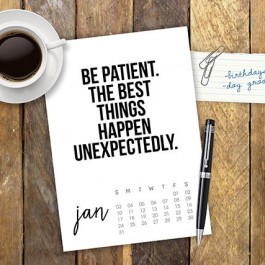